This post is an except and expansion of Lesson 2 – The BASS-ics of Sound from the STEAMworx program.

EDM music is somewhat unique in it’s reliance on bass.  Not just a bass drum or bass guitar, but giant earth shaking bass put out by massive sub-woofers.  In a 2014 interview with Tony Andrew — considered a foremost expert of audio technology — explained the critical importance of bass to dance music:

Dance music would not be so successful without bass… Before the invention of speakers that could project true bass frequencies, humans really only came across bass in hazardous situations—for example, when thunder struck, or an earthquake shook, or from explosions caused by dynamite or gunpowder. That is probably why it is by far the most adrenaline-inducing frequency that we have. Bass gets humans excited basically. Below 90 or 100 Hz, bass becomes more of a physical thing. It vibrates specific organs. It vibrates our bones. It causes minor molecular rearrangement, and that is what makes it so potent as a force in dance music. The molecular vibration caused by bass is what gives dance music its power. It is what makes dance music so pleasurable to hear

Turn up the Bass

The affect of bass on the body is more than physical.  The human psyche can be manipulated by low-frequency tones.  According to a study published in Social Psychological and Personality Science, researchers have evidence that certain music “can evoke a sense of power and produce power-related cognition and behavior,” uncovering “a novel antecedent of the sense of power.”  Bass makes you feel bold and fearless.  Additionally, several studies show that your heart rate will naturally adapt to a consistent repetitive beat. Heart rates around 120 beats-per-minute emulate a moderate workout and provide a boost of energy.

You can never have too much bass

We’ve got the beat

Which brings up another oddity of Dance music. We’ve heard the complaint more than once– all dance music sounds the same, every dance song goes:

That is not a coincidence.  In fact, most dance music is either 120 or 128 beats per minute.  And there are interesting reasons behind both those numbers.

The 128 BPM tempo comes from the fact that EDM is structured around 8 and 16 bar phrases. At 64 beats a 16 bar phrase is an even half minute.  That makes it easy for people writing tracks to plan how long a track is, and makes it easy for DJs who are mixing on the fly, to know exactly when a change in the song is going to occur. Also, since much of EDM music is mixed on the fly during a performance, having all of your musical selections at the same beat creates a seamless flow from one song to the next. 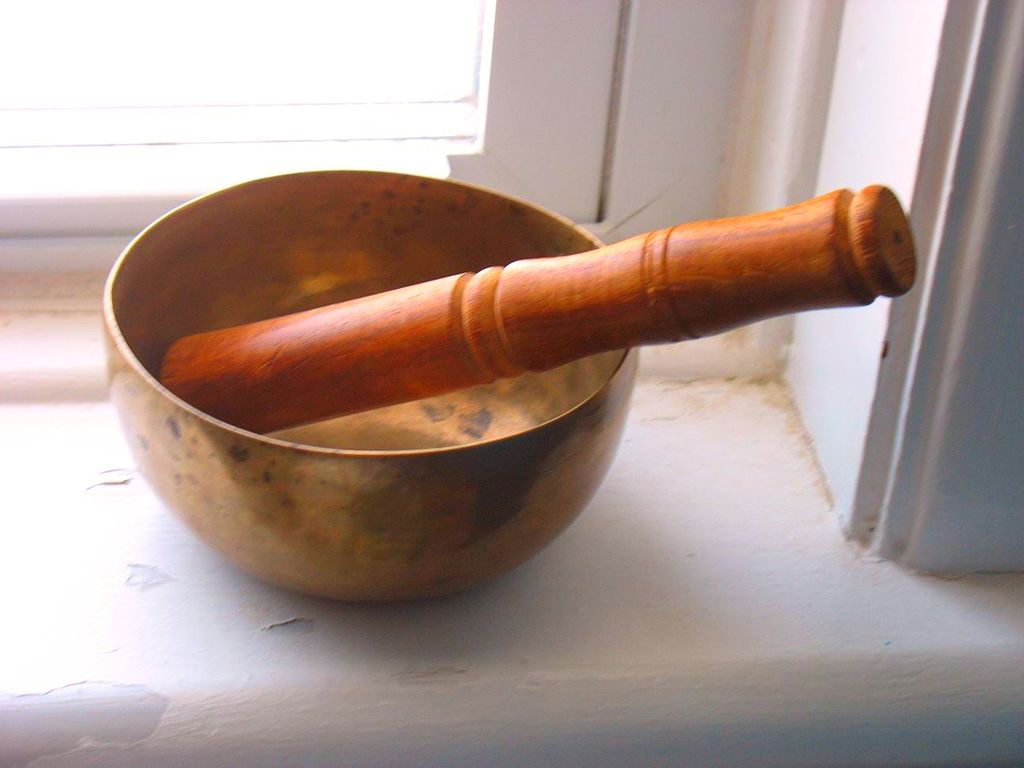 As Tony Andrew noted earlier, bass has an effect on the body, it shakes the bones.  Since the times of the ancient Chinese, people have been studying the effects of sound on matter.  In those days Chinese Singing Bowls created pleasing sounds for mental healing. More recent studies show that the low-frequency purring of cats have a range of therapeutic effects.

In 1967 the term Cymatics was coined to describe the study of sound and vibration made visible — typically on the surface of a plate, diaphragm or membrane.  I will leave you with a link to a fantastic music video made by Nigel Stanford from his latest album.  It is are some of the most interesting visual displays of sound.  Plus the song is one of my favorites.